​Pont L'Eveque is a ​French cheese originally made in the area around the commune of Pont L'Eveque. Its is one of the oldest Norman cheese still in production. It is a raw cow's milk cheese. The central pate is soft, creamy, pale yellow in colour with a smooth, fine texture and has a pungent aroma. This is surrounded by a washed rind with a gentle orange-brown coloration.

Morbier is a semi-soft cows' milk cheese. It is ivory in colour, soft, and slightly elastic. It is easily recognized by the thin layer of ash in the middle of the cheese. Traditionally, the cheese consists of a layer of evening milk, and to prevent a rind from forming put  a layer of ash and then added morning milk the next day. The aroma of Morbier is strong, but the flavour is rich and creamy, with a slightly bitter aftertaste. There is a copy of Morbier that is made with goats' milk called Loirier. ​

​​Reblochon is a French cheese from alps region of Haute-Savoie. It has a creamy, softer than brie texture; a nutty aftertaste and a strong herbal aroma that is not for the timid. The cheese becomes bitter when overripe. It is a soft washed rind and smear ripened cheese traditionally made from raw cow's milk.

This is a seasonal cheese, rich, full flavoured Brie de Meaux that has been split down the center and filled with a mixture of crème fraiche, mascarpone and chopped black truffle. The flavour has a wonderful aroma of woodland mushrooms and violets. This is a rich and decadent combination and should be eaten freshly made rather than over ripe.

​​Epoisses de Bourgogne is a cheese made in the village of Epoisses, which is in the department of Cote-d'Or in France. Commonly referred to as Epoisses, it is a pungent unpasteurized cow's milk cheese. Smear ripened (washed in Marc de Bourgogne), it is circular with a distinctive soft red-orange colour. It is sold in a circular wooden box. Similar to Langres. 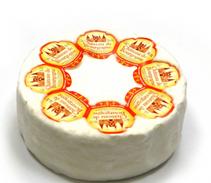 Pouligny St. Pierre is a French goats'-milk cheese made in the Indre department of France, where it gets its name. It was first made in the 18th century. The cheese is distinctive, due to the pyramid shape and golden brown colour with spots of blue-grey mould. The centre of the cheese is bright white with a smooth, crumbly texture that mixes an initial sour taste with salty and sweet overtones.

Valancay is an unpasteurized goat's milk cheese made in Central France. It gets its name from the town of Valancay in the Indre Department.  Its rustic blue-grey colour is made by the natural moulds that form its rind, darkened with a dusting of ash. the young cheese has a fresh, citric taste, with age giving it a nutty taste, characteristic of goat's cheeses.

Comte is the product of inhabitants of the Jura mountains seeking a collective solution to survive the harsh long winter months. Its longevity made it a product that could be exported outside the region. Comte reserve is aged for 15 months in the caves of Fort des Rousses that was built in the 1800s by Napoleon Bonaparte. These natural caves provide ideal conditions with thick walls, a constant temperature, and natural humidity. It is during this maturing that Comte acquires most of its flavour. 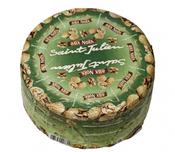 ​ St. Felicien is a cow's milk cheese produced in the Rhones -Alps region of France. the cheese is a close cousin to St. Marcellin, and bears a similar texture and taste, though it can be almost twice as large. The name originates from the small town Saint-Felicien where it was first produced. Originally made from goat's milk, it has become more common now to be made with cow's milk.​ 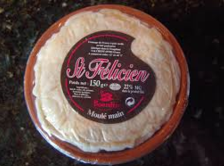 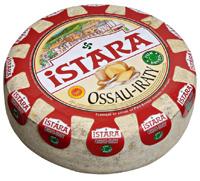 ​​Brillat-Savarin was created in 1890 as "Excelsior" or "Delice des Gourments" by the Dubac family. Cheese maker Henri Androuet renamed it in 1930s to Brillat-Savarin after  Jean Anthelme Brillat-Savarin. It is a soft white-crusted  triple cream cow's milk cheese, produced all year round in Burgundy and Normandy. It has a luscious, creamy and slightly sour taste. 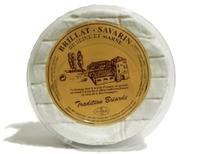 ​​​Sainte-Maure de Touraine is a French goats' milk cheese. It has a dusting of ash on the rind. It has a straw through the middle used to keep the roll together during the making of the cheese. The cheese has a slightly salty taste and depending on the maturation period, the savour is nutty.  ​ 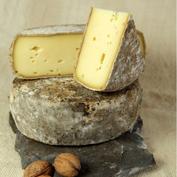 Made with raw sheep's milk produced entirely from milk produced by sheep that feed on vast limestone plateaux found in Averyon. It is the quality of the milk, the processing of the curd, the addition of "penicillium roqueforti" and finally the ripening in natural caves that gives it a unique and remarkable taste, that leaves us wanting more.

Chaource is a French cow's milk cheese produce in the village of Chaource located ​in the Champagne -Ardenne region. The cheese has been made in its namesake village since at least the Middle Ages. the cheese is soft, creamy in colour and slightly crumbly. 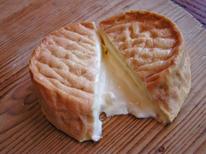 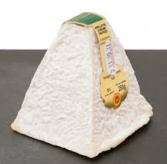 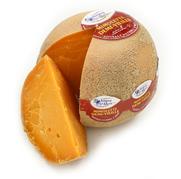 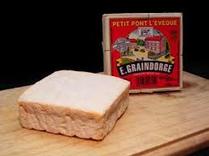 ​​  St. Marcellin is produced in the Dauphine region of Northern France. It is a classic creamy French cheese. this cow's milk cheese matures to a hearty and ripe flavour, with a texture that is creamy, smooth and buttery. The rind is beige with a soft creamy interior and an intensely rustic, nutty , fruity flavour. 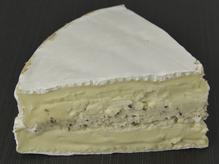 ​Tomme de Savoie is the oldest of the Savoie cheeses.  It is a mild, semi-firm cow's milk cheese, with a beige interior and a thick brownish-grey rind. It is made from the skim milk left over after the cream is used to make butter or richer cheeses. Therefore the cheese has a relatively low fat content. The cheese is made year round and has a slightly different flavour depending on whether the cows are fed on winter hay or summer grass.​ 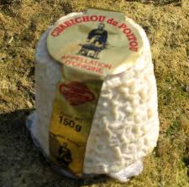 ​Ossau Iraty is  made exclusively from raw sheep's milk and is produced in the Pyrenees mountain. The cheese is supple and creamy when young and becomes more firm as the cheese ripens. Ossau Iraty is creamy and buttery in the mouth with flavours of nuts, fruits, and herbs. Ossau Iraty Fermier (Farmhouse) may have small holes and should not stick yo the palate.

​ It is a triple cream brie made in Burgundy. It has a white bloomy rind. Its interior is ivory in colour and very smooth. It has a creamy , somewhat buttery taste with a hint of nuttiness. The cheese is rich and creamy due to the addition of crème fraiche being added twice to the milk during the making of the cheese.

​Langres is a French cheese from the plateau of Langres in the region of Champagne-Ardenne. It is a cow's milk cheese. It has a dense texture and a rich, creamy flavour offering distinct notes of sour milk and a long finish. Unlike many strong, pungent washed-rind cheeses, Langres is milder and more delicate.

​Saint Agur is a blue cheese from France. Created in 1988 by the cheese company Bongrain. It is made from pasteurized cow's milk, enriched with cream, and contains 60% butterfat, qualifying it as a double crème cheese. Aged for 60 days in cellars, the cheese gets stronger and spicier as it ages. The moist, rich, white cheese has characteristic olive green mould veins throughout and a smooth, creamy texture with a subtle mild spicy taste resembling a softer and finer Roquefort. It is not as salty as the more traditional blue cheeses.

​Roquefort is a raw sheep's milk blue cheese, made in southern France, and is one of the more well known blue cheese. Though similar cheeses are produced, in order to be considered Roquefort it must be aged in the natural Combalou caves of Roquefort-sur-Soulzon. The cheese is white, tangy, crumbly and slightly moist with distinctive veins of blue mold. It has a characteristic odor and flavour with a notable  taste of butyric acid.

Chabichou Poitou is a traditional soft, unpasteurized natural rind goat cheese, with a firm creamy texture. The legend of Chabichou goes back to 732, at the time of the defeat of t he Arabs in the area. The cheese was then named Cheblis (goat in Arabic) and later changed to Chabichou.  It is very white and smooth, and flexible to the palate, with a fine caprine odor. 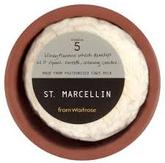 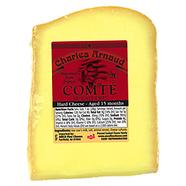 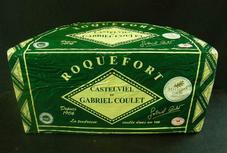 ​St. Julien is a cow's milk cheese, with a soft and creamy texture. The cheese is full and garnished with walnuts, making it delicious especially on cheese platters. It is rich, mild, crunchy and soft at the same time. It looks like a cake.

​Mimolette has a soft rind when young, and a harder rind the longer it is aged. When young, its taste resembles parmesan. Many appreciate it most when it is extra old. At that age, it can become rather hard and has a hazelnut like flavour. Louis XIV originally requested the making of this cheese to replace the then popular Edam. The greyish rind of Mimolette is the result of cheese mites that were added to add flavour. Due to the cheese mites, Mimolette must go through an extra inspection because they can cause a reaction if consumed in large quantities. A black wax is then added to the cheese.