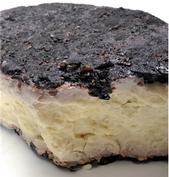 Mascarpone Torta is a soft cow’s milk cheese layered with pine nuts and basil pesto. Produced by adding citric acid to the cream. It is a velvety creamy cheese that has a soft texture and sweet taste.

This artisanal type cheese which is aged in barrels covered in freshly cut hay from the Veneto mountains. The result is an incredible cheese which literally reflects the scents of grasses, herbs and wild flower which it has absorbed during the maturing process. It is a semi-cured cow’s milk cheese. 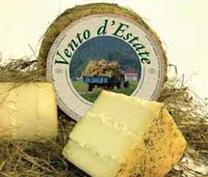 Semi-soft, washed rind, smear ripened cheese that is named after Val Taleggio. Often referred to as Italian Brie. The cheese has a thin crust and a strong aroma, but its flavour is comparatively mild with an unusual fruity tang. This cheese has been around since the Roman times, with Cicero, Cato the Elder, and Pliny the Elder all mentioning it in their writings. Solely produced in Val Taleggio until the late 1800s when some production moved to the Lombardy plain to the south. 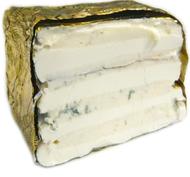 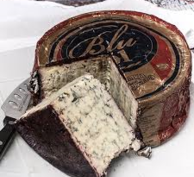 Blu '61 is an Italian soft blue cheese prepared with pasteurized cow's milk. The cheese was created in 2011, as a 50th anniversary gift to the company owner and his wife who got engaged in 1961. It is aged over 3 months during which the wheels are matured in local Raboso Passito IGT wine and cranberries. With a soft and creamy paste, and a thin red rind layered with berries, Blu '61 has a very striking, distinctive appearance. Aromas are of typical bleu cheese but are accompanied by sweet and fruity scents of cherry. The pervasive wine flavour balanced by the creamy paste, created an intensely luscious cheese that goes well with a dessert wine.

It is made from pure sheep or goat’s milk depending on the availability (although cow’s milk is occasionally added). It is aged a minimum of 1 year. Depending on the meadows and the season, the cheese can take on the aromas of thyme, chamomile, mint, licorice, or caramel. During its aging, Barolo acquires extraordinary characteristics and becomes an amazing cheese. Its colour is straw-yellow and its consistency is slightly crumbly. Some Barolo is ripened while coated with pressed Nebbiolo grapes. These ones are aged n small oak barrels. When this is done, the cheese is enriched with fruity wine flavours, that further enhance its complexity. 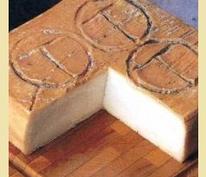 From the Italian island of Sardinia comes this raw sheep's milk cheese with black truffles. Unlike most truffle cheeses, the truffle paste is infused after the cheese has been aged, so that the cheese develops its own character before the truffles are added. Though the truffles are only visible in the "veins", the truffle flavour permeates throughout the entire paste of the amazing cheese. During the aging process, oil and vinegar are applied to the cheese's rind to prevent weight loss.

Gorgonzola is a veined Italian blue cheese, made from unskimmed cow’s milk. It can be buttery or firm, crumbly and quite salty, with a “bite” from the bleu veining.  The cheese is mainly produced in the northern Italian regions of Piedmont and Lombardy, Gorgonzola. Unskimmed cow’s milk is used while preparing the cheese. Generally, it takes three to four months to attain full ripeness. This cheese has crumbly and soft texture with nutty aroma. It can have a mild to sharp taste depending on its age.​