​A mixture of cow, goat and sheep milk. The ratio of blend alters constantly due to seasonal availability of the milk. The piquant taste of this cheese ranges from nutty to fruity.  It has a rich, buttery, texture that goes well when served as a snack. The ages vary from 3 months to a year. 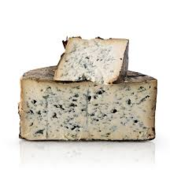 This unusual goat cheese is shaped like a log. A rind composed of ash and mold means insistent flavor, more like a blue cheese than anything else. The damp, cakey, acidic paste near the rind is fierce, with unmistakable overtones of black walnut. Inside the core remains salty, lactic, and soothing. 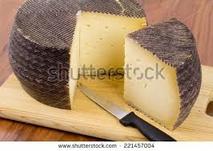 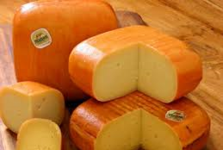 ​Manchego is a sheep's milk cheese made in the La Mancha region of  Spain. Manchego is aged between 60 days and 2 years. It has a firm and compact consistency and a buttery texture. it often contains small, unevenly distributed air pockets. The cheese has a distinctive flavour, well-developed but not too strong, creamy with a slight piquancy, and leaves and aftertaste that is characteristic of sheep's milk.

​It is a cow's milk cheese. Mahon is soft to hard cheese with buttery, sharp, salty taste. During maturation, the cheese is hand rubbed with butter, paprika, and oil. Mahon is sold at different ages ranging from 2 -10 months. Artisan Mahon is made using raw milk and is aged for 2-3 months and is superior in flavour compared to the aged Mahon. The texture is close to dense with the occasional hole throughout the cheese. 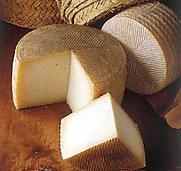 It is made with unpasteurized goat’s milk. It is a fatty cheese made exclusively from the milk of Serrana , Verata, Retinta breeds and crosses between them and only from farms registered with the regulatory council. Gentle to moderate aroma of goat, a characteristic taste with some slight acidity, at times a little peppery and slightly salty.

​It is a Spanish blue cheese, and is wrapped in either sycamore, maple, or chestnut leaves. It has a very intense blue flavour, but is not as sharp as Cabrales. It is a bold, spicy blue made from a mix of cow and goats' milk. 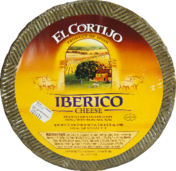 It is a smoked cheese made from raw or unpasteurized cow’s milk. It is like a large spinning top, with a flat base and a pointed tip. Aged for 30 – 45 days, the cheeses are turned and cleaned as required so they acquire their distinctive features. It has a typical aroma and flavour, with a smoky note from using birch wood. The cheese texture is fine, fatty, semi-hard, and dense; it has a creamy yellow colour and cuts smoothly.

It is a sheep milk cheese which is typically aged for about 6 months. The cheese is often turned and rubbed with olive oil, giving the cheese its characteristic dark colour. This cheese owes its flavor character to the breed of sheep predominant in the region, to the cold and humid climate conditions.  Zamorano has a very creamy, sweet, savory flavor, with a hint of piquancy.