Vacherin Mont D'Or is an exquisite washed-rind cow's milk cheese from the Jura mountains in France.  It is only made during the winter months when the cows come down from the mountain pastures. The cows are kept undercover and fed only hay. It is presented in a spruce box, that keeps the cheese from oozing all over the place. Premium hand washed unpasteurized Mont D'Or is available from the end of November until the end of January.  Reservations are required for this particular cheese. We start taking reservations in early September. 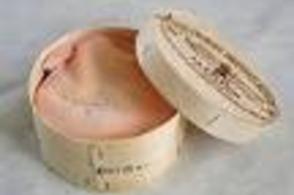 ​Semi-soft, washed rind, smear ripened cheese that is named after Val Taleggio. Often referred to as Italian Brie. The cheese has a thin crust and a strong aroma, but its flavour is comparatively mild with an unusual fruity tang. This cheese has been around since the Roman times, with Cicero, Cato the Elder, and Pliny the Elder all mentioning it in their writings. Solely produced in Val Taleggio until the late 1800s when some production moved to the Lombardy plain to the south

​This cheese is creamy and mild, which allows the decadent truffle flavour to lead the way. the truffles impart an earthy, complex flavour with a rich, smooth finish.

​     ​​This organic, semi-soft cheese with a washed rind is made with thermized milk and ripened for two months. under its orange, slightly humid and sticky rind, an ivory-colored cheese is revealed, one that has an even texture and mild, earthy aromas of butter and herbs. It is a creamy, melt in your mouth cheese that tastes of hazelnut, cream, butter and leaves a slight clover aftertaste.

Roquefort is a raw sheep's milk blue cheese, made in southern France, and is one of the more well known blue cheese. Though similar cheeses are produced, in order to be considered Roquefort it must be aged in the natural Combalou caves of Roquefort-sur-Soulzon. The cheese is white, tangy, crumbly and slightly moist with distinctive veins of blue mold. It has a characteristic odor and flavour with a notable  taste of butyric acid.

Made with milk from Brown Swiss cows partly fed with marsh hay, Tomme de Grosse -Ile is a non-pasteurized semi-soft cheese. This surface-ripened cheese lasts longer than a soft cheese. Its brushed rind and its uniform texture with small cavities bring a woodsy flavour with a slightly acidulous and fruity taste.